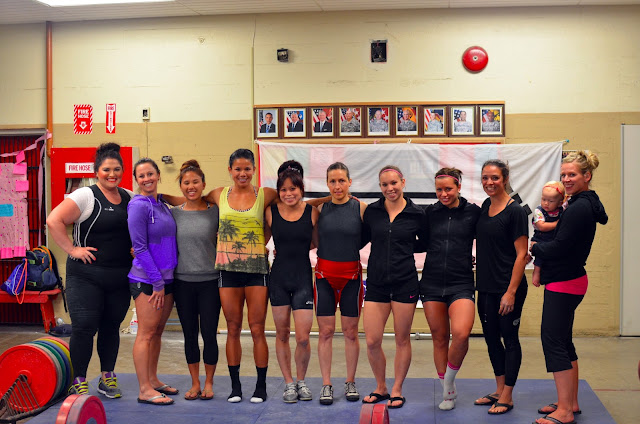 Last week I competed in the 2013 PWA Senior Open Olympic Weightlifting Competition, hosted by Hassel Free Barbell Club in San Francisco.  This was the last meet to qualify for the 2013 Senior Nationals in Ohio.

Although I did the Redwood Empire competition last year, I would consider this meet my first real weightlifting competition.  Last year I really had no idea what was going on.  This year I'm part of the Catalyst Athletics Weightlifting Team and as a result, I also had access to a full, dedicated coaching staff and support crew.  The team camaraderie and spirit is superb and more than one can hope for!

My goal for the meet was to qualify for Nationals.  I exceeded my goal by qualifying for the A session at Nationals!


The Meet.
Each athlete has three attempts at each lift.  The Total is the sum of the highest successful lift for the snatch and clean and jerk.

Qualifications.
I needed a total of 100kg to qualify for Nationals in the 48kg weight class and 105kg for the A group at Nationals.  Qualifying totals.  This was the last meet to qualify for the 2013 Nationals.

Leading Up to Nationals & Weight Loss.

A few weeks before the meet, Greg, Aimee and Steve told me I could qualify for Nationals in the 48kg weight class.  The only issue was, I was almost 50kg at the time.  So for the past couple weeks, I buckled down on my diet and cut out all the crap.  I stopped drinking (a bottle of wine every night), eating ice cream, eating mac and cheese, and snacking on all the candy and chips in the break room.  Within a week of being on the Paleo diet, I lost almost seven pounds!  I was losing weight so quickly that mid-way through I decided to add back in rice and dairy.  What's amazing was that I didn't lose strength.  In fact, I was stronger and leaner.  The week before the meet, I PRed my back squat by 10lb, weighing 47kg!  This is the lightest I've been since being on the NorCal CrossFit team last year at Regionals... and also the longest I've been on the Paleo diet, hah.  Determination.

My Experience at the Meet.
I was sooo nervous.  I probably lost a pound just from being so nervous!  I peed over 25 times that day.  I probably drove all my friends, teammates and coaches crazy as they constantly reassured me that I'll do great.  I felt like I had large responsibilities and pressure to deliver.  I wanted to go to Nationals so bad.  I had to keep reminding myself that I could do it.  Also going first, and following myself was a bit nerve-racking.  Growing up not an athlete, all the suspense and pressure were totally new for me.

My coaches had all my warm up sets outlined and timed so that when it was my turn, I was ready.  We decided to play it safe: open with the bare minimum needed to qualify for Nationals, then try to qualify for the A session.  My snatch weights were: 43-46-49, and for the clean and jerk, I was going to open with 55, but since the snatches went well, we changed it to 53-56-60.   I was focused and trusted my coaches judgement.  I went 6 for 6 on my lifts, qualified for the A session at Nationals, and finished the meet strong! 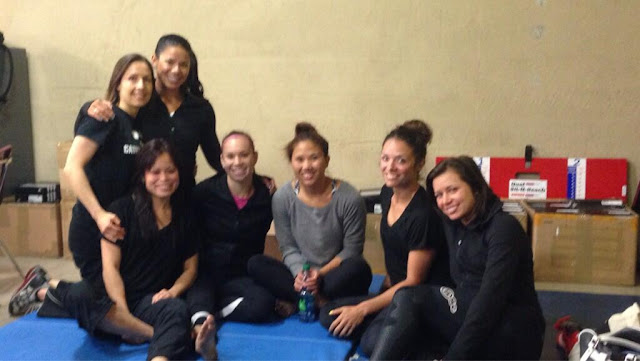 The ladies, before weigh ins. 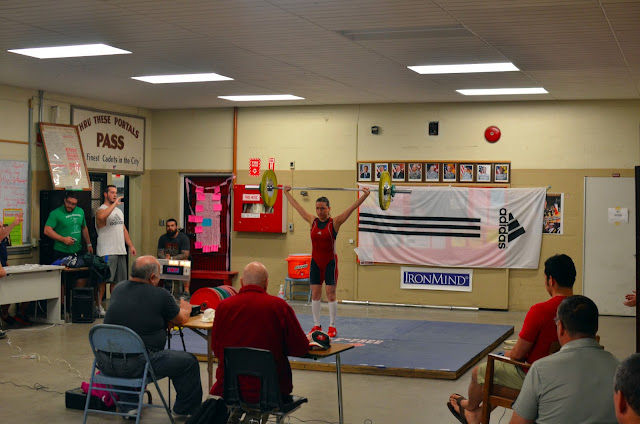 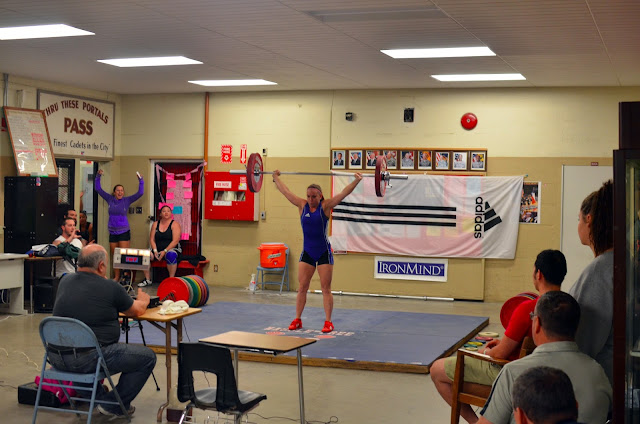 Alyssa, snatch... and check Aimee in the back! 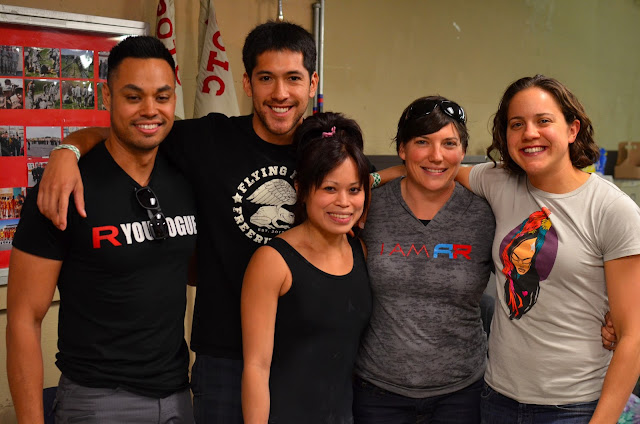 2. Thank you to all my friends who came out to support me!!

A HUGEEEE thank you to my coaches: Steve, Greg, and Aimee, the entire Catalyst team: Aaron, Alyssa, Audra, Austria, Blake, Chyna, Freddie, Kara, Jessica, Jolie, Tamara, and Zack, and my awesome friends who came out to watch, for the unconditional support and confidence I needed to get through my first real meet and qualify for Nationals!  You were all an integral part of my success.  This is so much bigger than my first muscle up and making the CrossFit Regionals team.  It is definitely an accomplishment I will never forget.

I am looking forward to Nationals in a month.  I am so excited for all that will come!