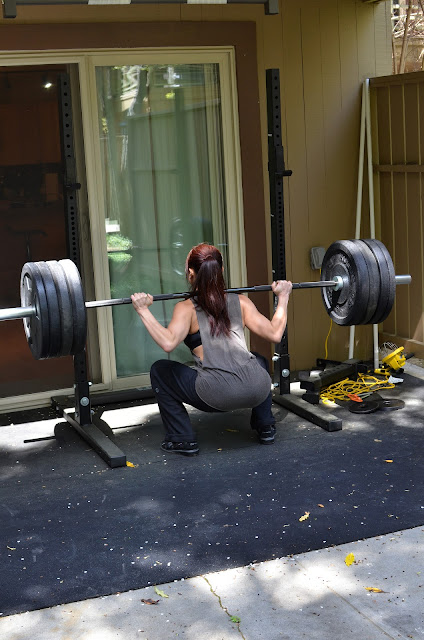 After 5/3/1, I debated between doing the Westside Barbell Conjugate Method and one of the squat programs from Mike Burgener's website.  Coach Burgener lists four squatting programs he uses with his athletes: Hatch, Burgener, Rippetoe and volume squat.  The Conjugate method was a little difficult for me to follow, so I decided to go with one of Burgener's recommendations.

I chose to do Hatch since the program incorporated front squats and back squats in each session.  The Hatch squat program is 12 weeks long, two days per week.  The rep scheme and percentages for each session varies.  It is pretty high volume since you'll do ~35-50 squats total, each session.  Check out the template log I made for Hatch squat [xls | pdf | html].  The pattern seems to be heavier on the first day and lighter on the second day.  I modified it a bit though (added work) to fit my wants.

These were my modifications:
Initially, my plan was to squat and press three times a week, each.  Two days for Hatch and one day for max effort.  However, after doing this for about two weeks, I stopped since I would just be so beat up from all the work during the week and also for time's sake.  Could not keep up with all the volume and I don't have all day to spend at the gym!  I also intended to do sled pulls and prowler pushes at least once a week but that did not work out since we were not allowed to use the sleds and prowlers at the new Mountain View location.  =(.  Initially, I also wanted to include deadlifts, but that did not quite work out.  Too much time.

Hatch + Competitions.  During the Hatch program, I participated in two competitions: the Sac Throwdown and the CrossFit Games Open.  Leading up to the Sac Throwdown and during the CrossFit Games Open, I usually skipped the extra reps on the last set and the supplemental work.  For the Open, I started doing double days, where I did Hatch Squat and Hatch Press on the same day, squats usually in the morning and presses in the evening before Barbell Club.  I did this so that I could have an extra rest day on Friday, to redo the open WOD on Saturday.  It was really hard to adjust to the volume/time ratio at first, but I got used to it.  In fact, I stuck to this schedule until the end of Hatch so that I could do skills practice on Tuesday and Thursday mornings instead.

Weight Gain.  I gained almost five pounds during Hatch!  The Hatch program was the longest strength program I have done to date.  When I started the Hatch program in January, I was approximately 103-104lb.  Now I am approximately 108lb +/- 2lb.  However, I still have the same size waist and I still fit into my clothing!  So four pounds of muscle?!?!?  Nope.  I am not sure what's going on here.  According to my body fat test, for every 1lb of muscle I gain, I also gain ~0.5lb in fat.  My guesses are the high reps and possibly because I stopped using a belt, regardless of the load.  I think my core got bigger.  I don't know.  You can ask someone if I actually look larger.  I don't think so.

The PR Wave.  After Hatch, all my lifts went up by 10#, each.  I was at a PR plateau for awhile.  The best example I can give here is for shoulder press.  The last time I PRed my shoulder press was in early July 2011 at 73#.  From July 2011 until January 2012, I had a very hard time hitting that PR again.. definitely more misses than hits.  Towards the end of Hatch, I did 5 reps at my old PR 73#.  Because of Hatch, I now have an 83# shoulder press PR, and I attempted this during class about 30 minutes after doing my Hatch press work with sore shoulders.  A 10# PR on shoulder press is huge for me.  I also noticed big increases in other movements such as: squat clean, split jerk, squat snatch, clean and jerk, and overhead squat.

Bench Press.  This will probably be the last time I do supplemental bench press for awhile.  I made my goal of being able to bench bodyweight.. and actually for three reps.  Bench press does not come up too often during CrossFit and I could use that time on skills practice instead, especially with Regionals around the corner.  When I came home, Jack from FGB said my chest was getting overdeveloped and that it was pulling my lats and traps forward, hence hunching my shoulders.  He recommended that I do bent over rows.  So for the last few weeks, I've been doing a bunch of those as supplemental work on press days.

Final thoughts.  Overall I am very happy with the results and progress I made during the Hatch program.  This is probably my favorite strength program, to date.  I definitely highly recommend doing the required reps plus max reps for the last set plus some supplemental work.  I like it so much I am considering doing it again, instead of trying something different.  There is more volume in Hatch than in the 20-rep back squats and 5/3/1 and it takes less time than 5x5.  It reminded me what it felt like to ride the PR wave again, kind of like when you first start CrossFit and you PR in everything, frequently. 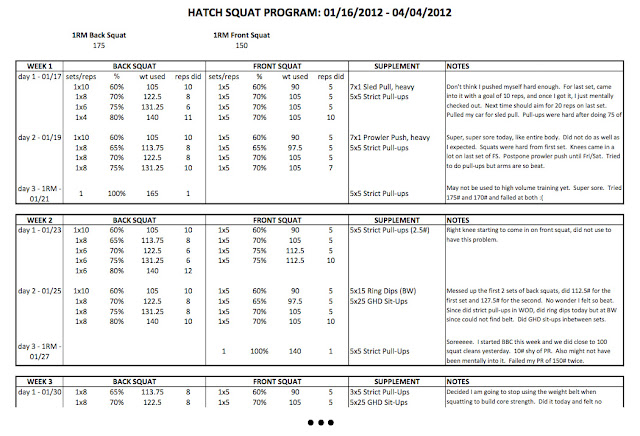 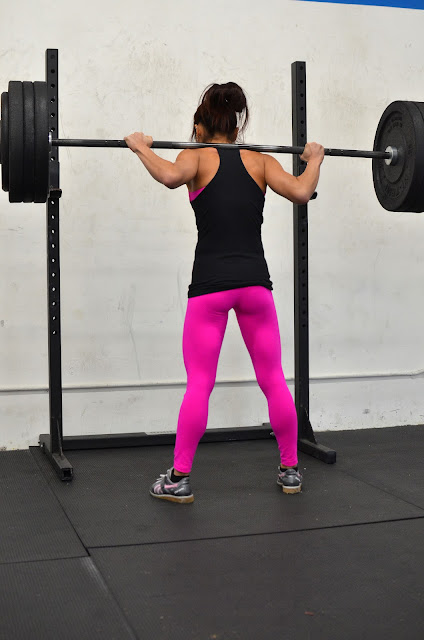 3. Getting ready to squat 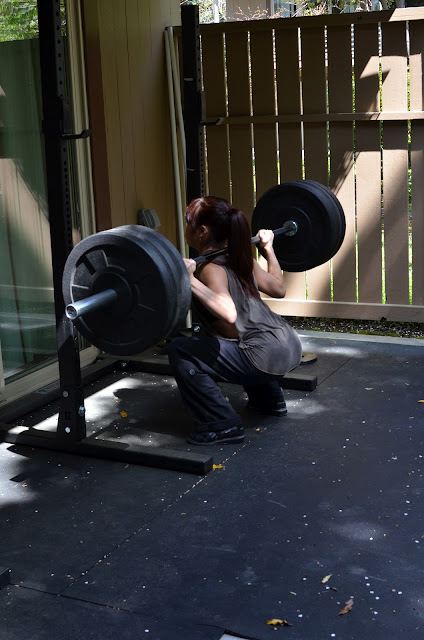 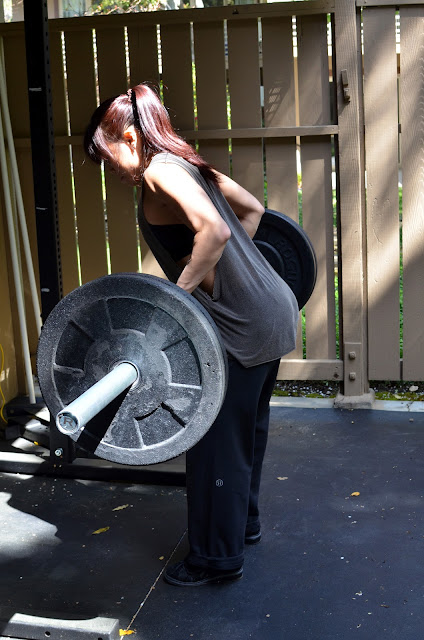 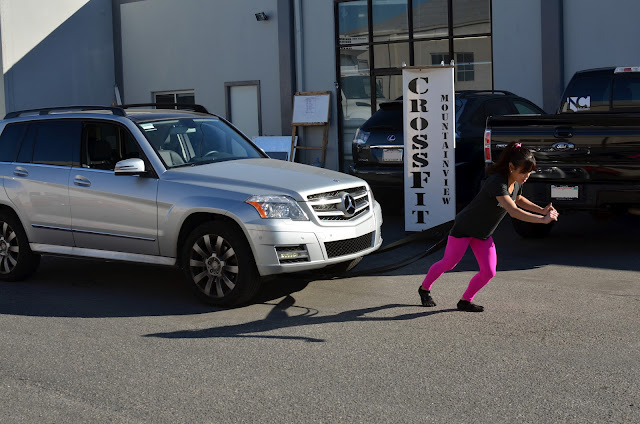 I think I will try Burgener's 10x3 Squat Program next.  Not sure how that's going to work with my schedule since I will be in Southern France and Italy until the end of the month.  This also means no blog updates until I get back.  When I get back, I have ~2 weeks until Regionals.  We'll see.