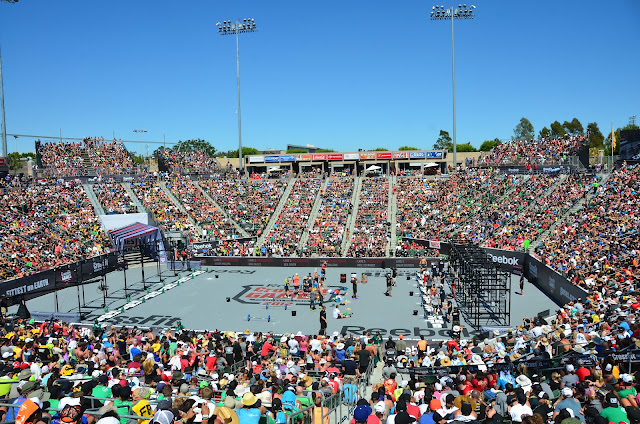 This was my second time attending the CrossFit Games and wow, it has changed so much in one year.  Not only was it completely sold out this year, but everything was turned up a notch.  There were a lot more spectators, vendors, food options, commercials, and coverage.  There was even a performance from elite jump ropers.  This is just some of the differences from last year.  I cannot even imagine how it was back when it was held in Aromas.

The Games actually started on Wednesday this year, with a triathlon followed by the Infantry Obstacle Course.  However no spectators were allowed since it was held at Camp Pendleton, the Marine Corps Base.  Also new this year, was a programmed rest day on Thursday.  Over the span of the weekend, athletes completed 13 workouts!  The scoring system was also different: the athlete with the highest score wins.  Workouts were out of 50 or 100 points, and athletes were awarded more points for a better finish.
Some of the photos below were taken by Gymnastic WOD. 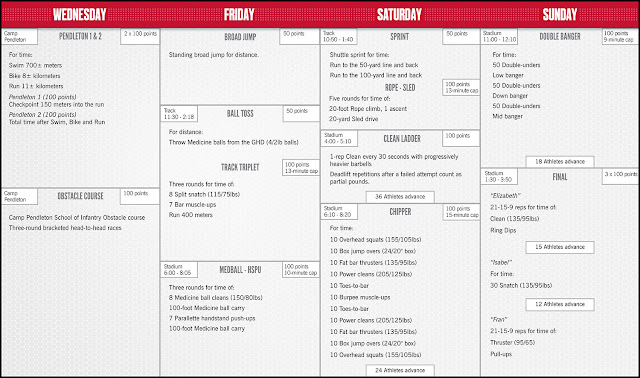 On Friday there were four workouts and the opening ceremony.  Before the ball toss, athletes had to do a max distance broad jump.  There was a prayer in the opening ceremony, given by Rich Froning's pastor.  That had to be the most ridiculous thing ever. 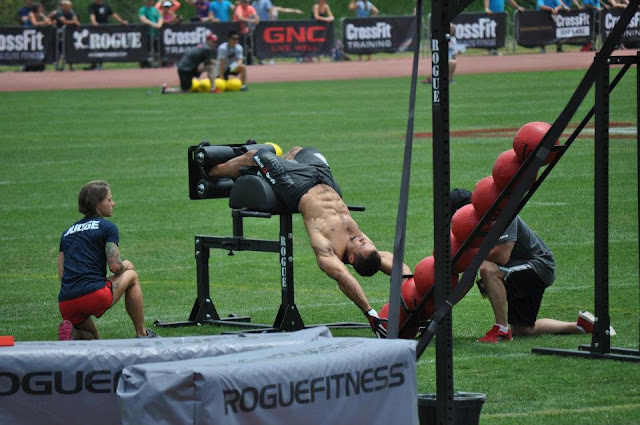 5. Neal Maddox on the ball toss. 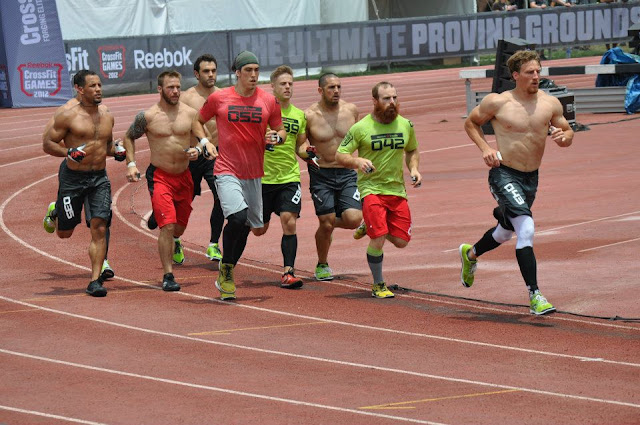 6. Lots of running in the games workouts! 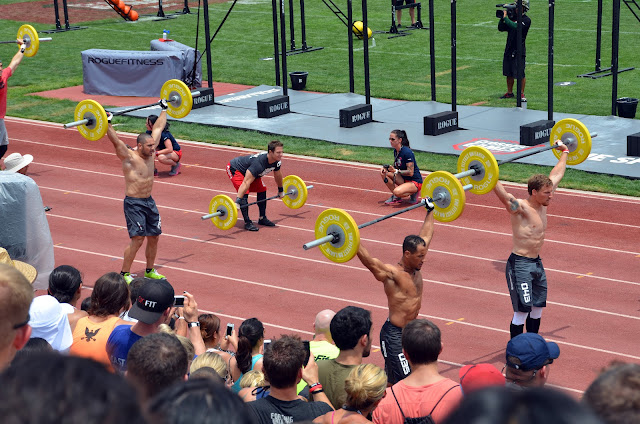 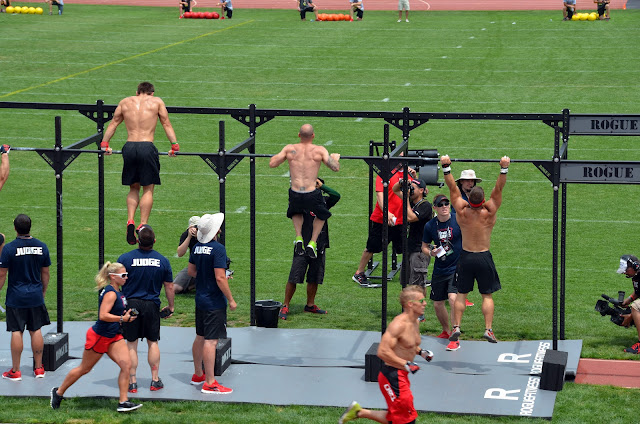 This was probably one of my favorite workouts to watch at the games this year.  Almost half the athletes could not complete this workout within the time cap.  Yet just looking at the workout on paper, did not give that impression. 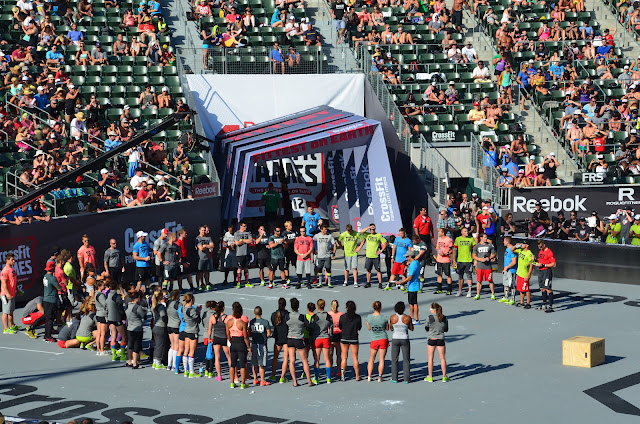 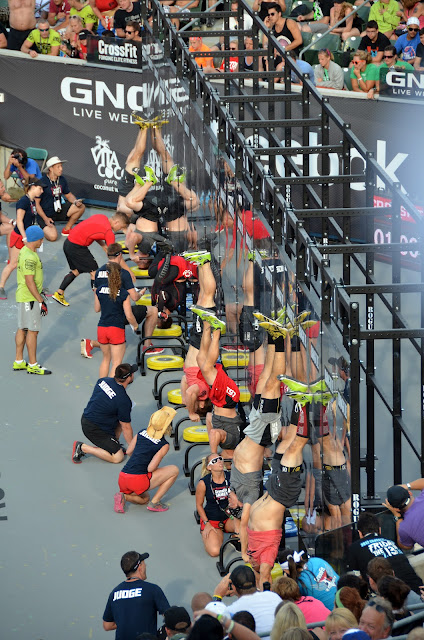 There were also four workouts on Saturday, two at the track and two at the stadium.  Two cuts were also made.  We walked around vendor village, hoping for some new deals to emerge.  Although there were a lot more vendors, Vendor Village was pretty crappy this year.  Most of the tanks were all the same cut with some ridiculous quote on it.  Not too much contests or giveaways and almost no specials.  I did manage to enter an L-Sit contest, but that's about it.  The spectator experience this year was not nearly as good as that of last year's.  There was no beach volleyball, SUP, slack line, etc.  The main site WOD area was bigger though and had more equipment.

12. The only contest I entered this year. 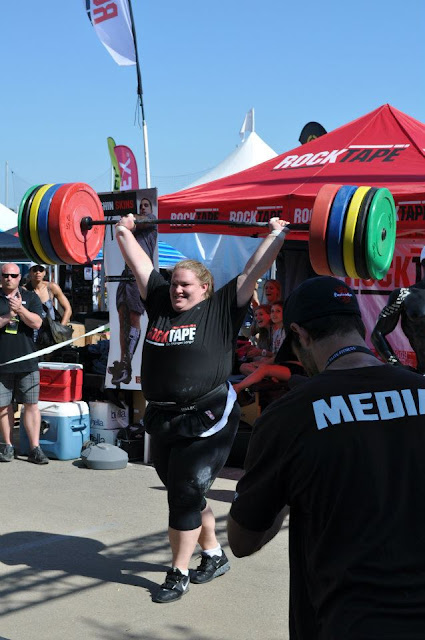 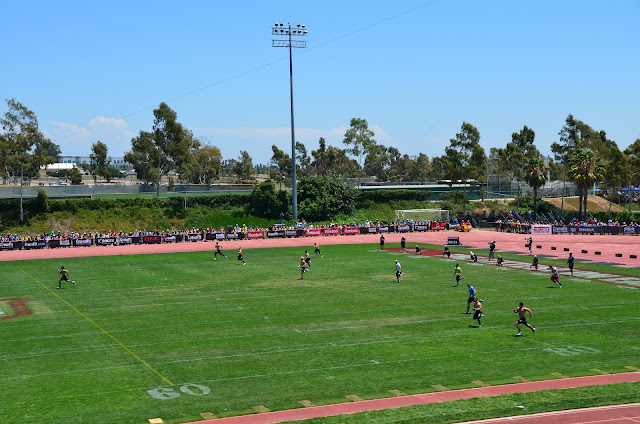 14. That's Dan Bailey with a big lead on the sprint! 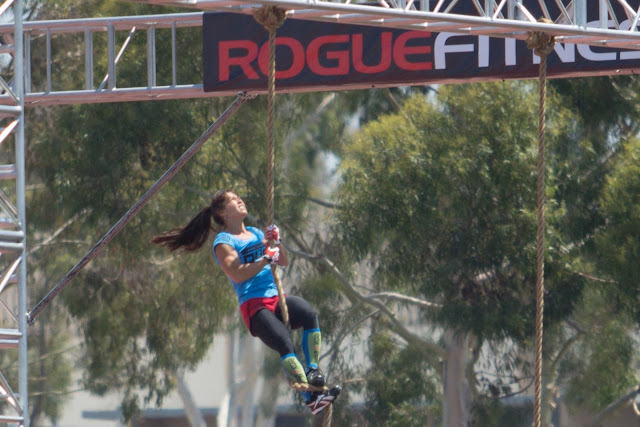 15. Annie Sakamoto on the rope climb. 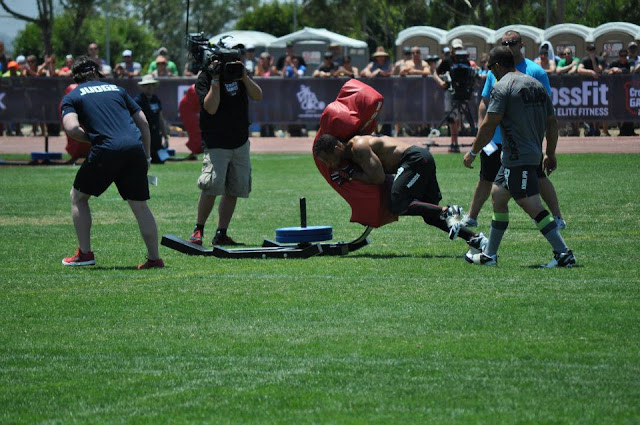 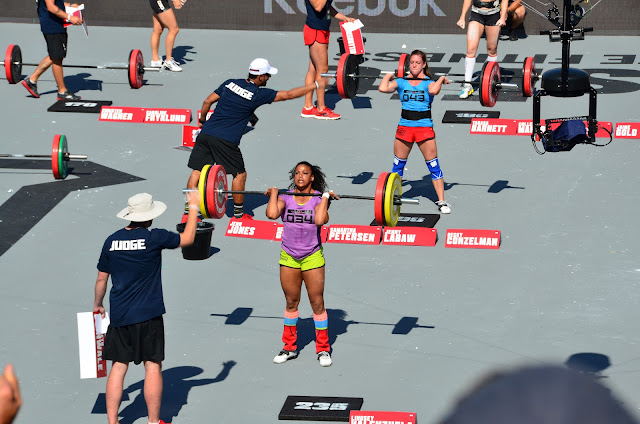 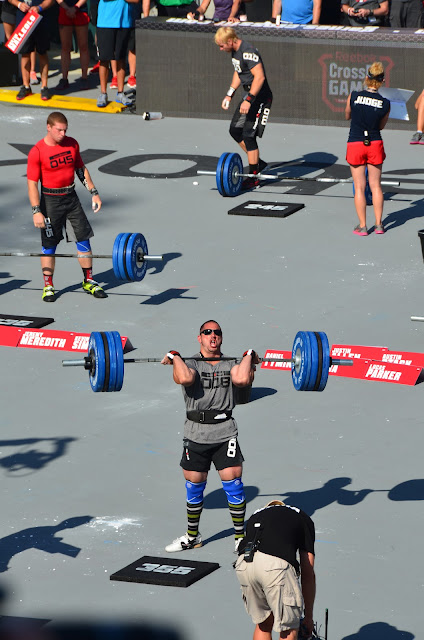 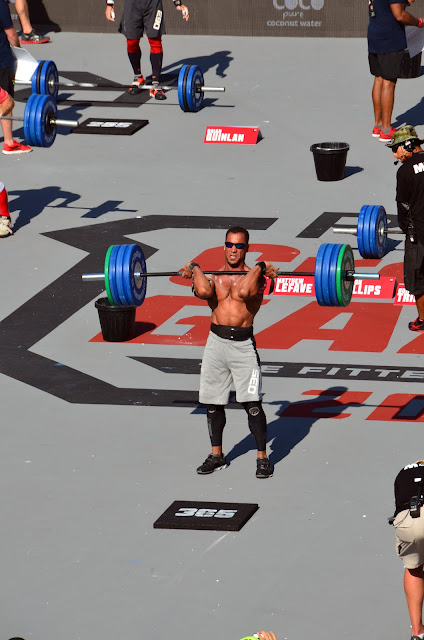 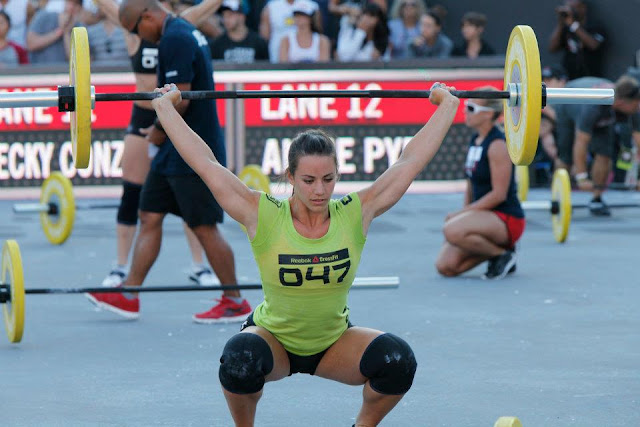 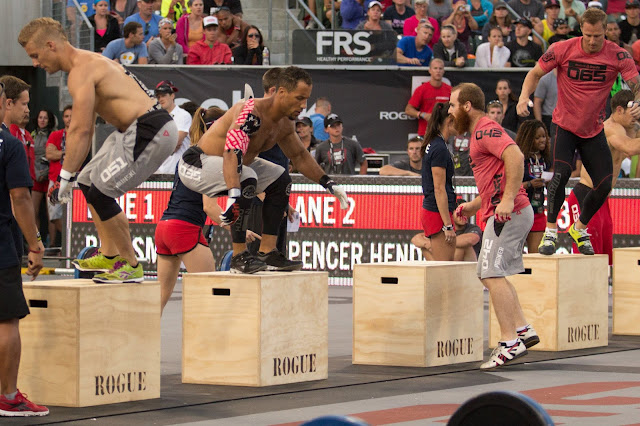 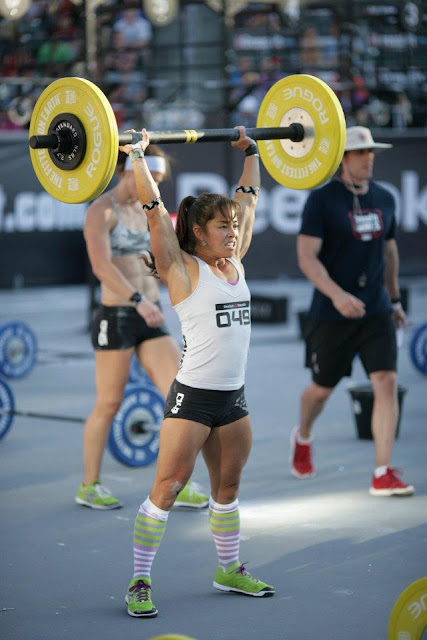 The top 24 athletes advanced to Sunday.  All the WODs on Sunday were unknown until minutes beforehand.  The team final event was the same as last year (meh), and the individual event was a variation of that, where cuts were made after each workout.  The final event was: Elizabeth, Isabel, and Fran for time, with 3 athletes eliminated after each girl.  They made the athletes wait in the hot sun during the final event.  It was hot enough in the stands! 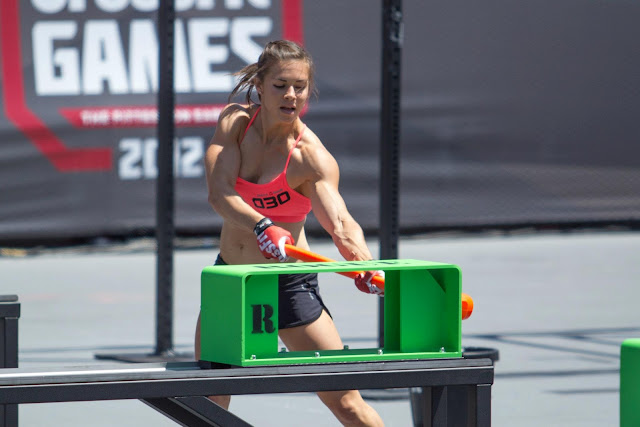 23. Julie Foucher on the Double Banger.  Her performance that entire weekend was so impressive! 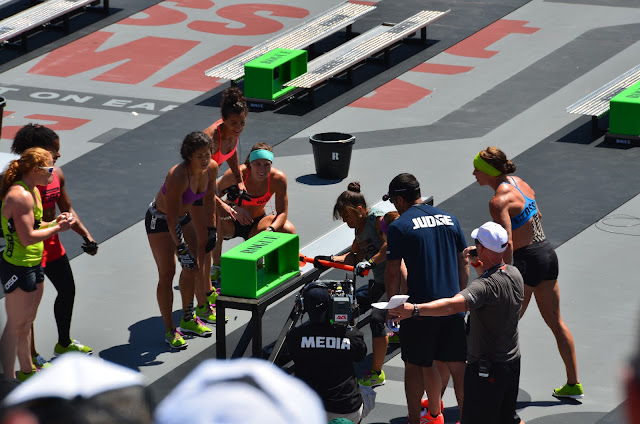 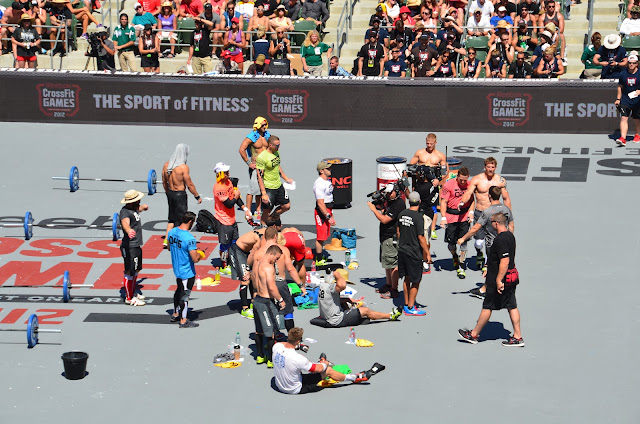 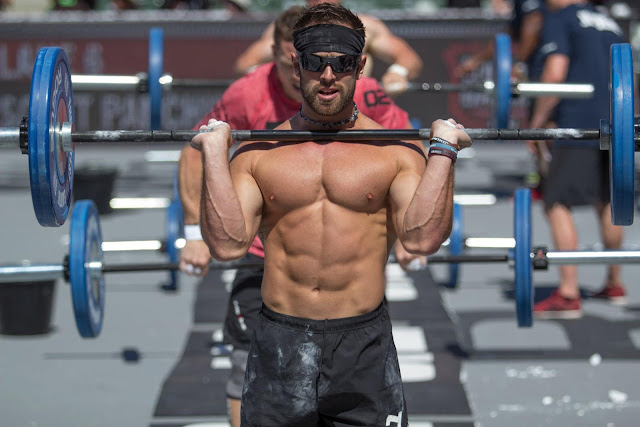 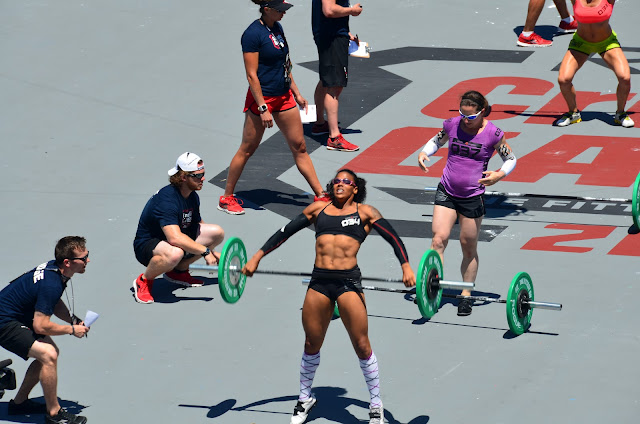 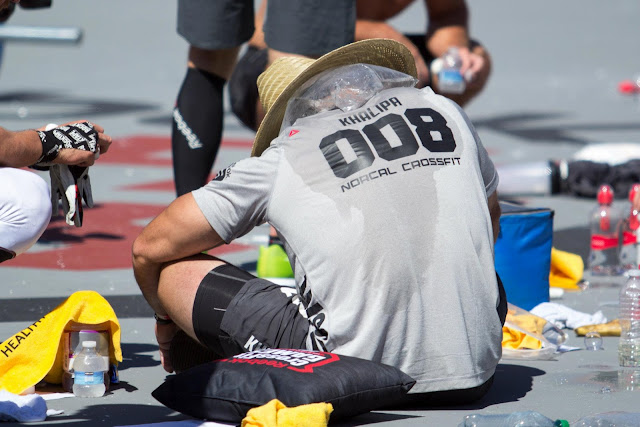 28. Chillin between the final WODs. 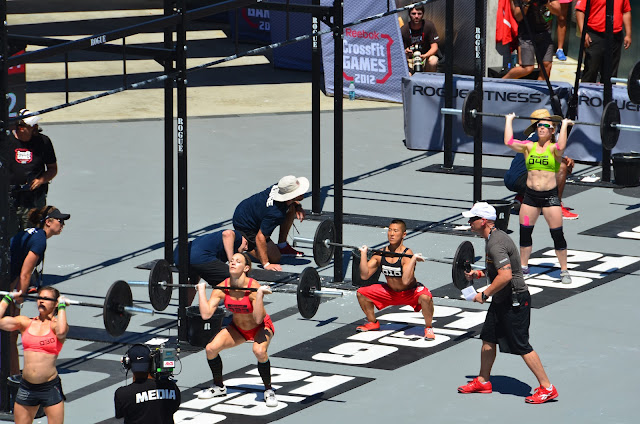 29. Talayna Fortunato and Kris Clever neck to neck on Fran.


Another year, another spectacular show.  So many impressive performances.  After going to the games, I don't know how one would be able to walk away from it not inspired.  Awesome job to all the athletes who competed in the games!  And congratulations to Annie Thorisdottir and Rich Froning for winning the CrossFit Games again this year! 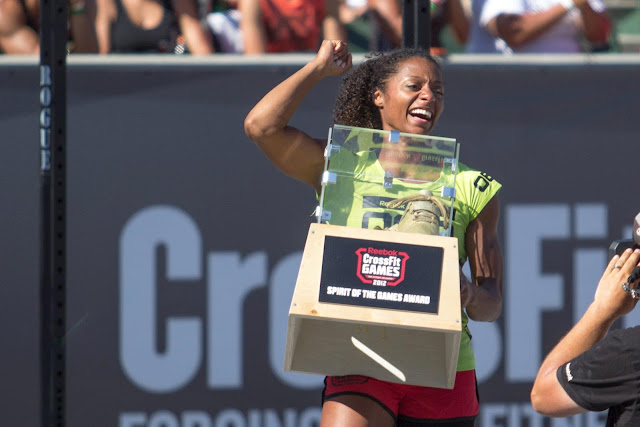 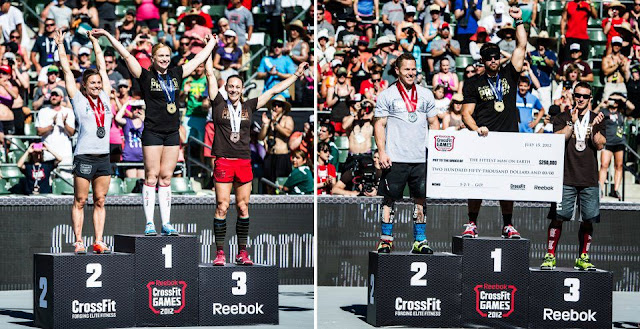 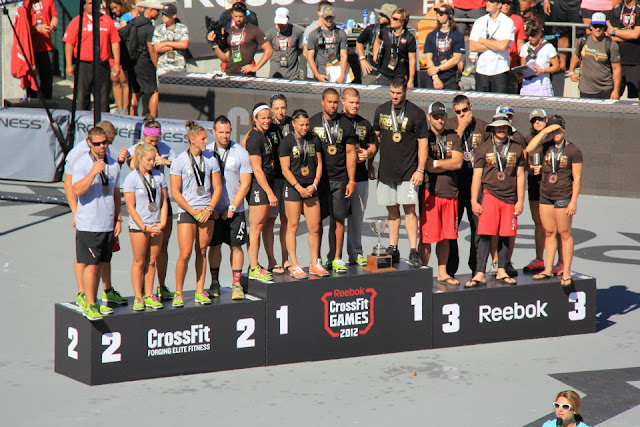